What Are Gateway Drugs?

Gateway drugs are drugs with a high potential for dependency that can lead a person to more severe and illegal drug abuse. Alcohol, marijuana, and nicotine are considered gateway drugs because they are habit-forming, widely available, and accessible. Although peer pressure and curiosity play a role in adolescents and young adults experimenting with drugs, research shows that the real issue is that these so-called gateway drugs affect people’s DNA and brain chemistry, and adolescents are especially vulnerable to these effects because their brains are still developing.

A national survey revealed that 90% of adult cocaine users smoked cigarettes before eventually using cocaine, leading scientists at Columbia University to conclude that nicotine alters a person’s biological response to cocaine. Although there is plenty of evidence to support the gateway drug theory, it is not accepted by all addiction professionals. Many experts argue that other factors that contribute to addiction – such as childhood trauma and a person’s genetic predispositions – should be taken into account.

It is well known that nicotine, marijuana, and alcohol are habit-forming substances with a potential for abuse. Although some people may never use illicit drugs, they can still develop an addiction to alcohol, nicotine, and marijuana, which can lead to serious health problems.

Alcohol, nicotine, and marijuana increase dopamine levels and feelings of pleasure, making it harder for people to feel good naturally. As a result, people may begin to develop a dependency on these drugs and or begin to seek out hard drugs to experience a more potent dopamine rush.

Withdrawal symptoms from any drug, including alcohol, marijuana, opiates and nicotine tend to be unpleasant and vary depending on how often you’ve been using a given substance. Once a physical dependency has been formed withdrawal symptoms include intense cravings for the drug and mild to severe physical and psychological symptoms. If you are struggling with substance use, contact an addiction treatment center. Most programs offer medical detox to help get you sober and will also provide more in-depth treatment so you can live drug-free and thrive.

Are all gateway drugs legal?

Not necessarily. The official three gateway drugs are marijuana, alcohol, and nicotine because they are easy to get a hold of. But any addictive substance can prime a person’s brain for future drug use.

Does everyone who tries a gateway drug become addicted?

No. Some people are genetically predisposed to developing an addiction, while other others are more vulnerable to drug use because of childhood trauma, relationship problems, and other factors.

What do gateway drugs do to your brain and body?

They can make you more sensitive to other drugs and can have serious side effects including brain damage, memory loss, difficulty concentrating, respiratory problems, and depression, to name a few.

Find Your Path to Recovery

At Quest 2 Recovery, our holistic treatment philosophy is focused on the unique needs of the individual. Our knowledgeable and professional team members offer incredible support and guidance to everyone who attends one of our programs and also help oversee the practical details involved with attending treatment to make your path to recovery as smooth as possible. With a trauma-based approach in a safe, family-like environment, we offer medical detox and tailored treatment plans to help people of all ages learn more about and resolve the underlying issues that cause substance abuse. If you or someone you love is struggling with a drug or alcohol addiction, contact us today. 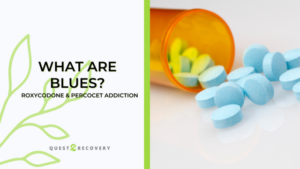 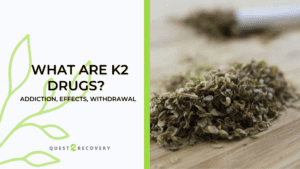 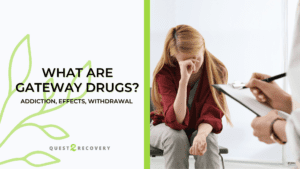