PTSD and the Lifelong Road to Recovery

This blog is written by John D. Ivanisin III, a Quest 2 Recovery alumni. On May 17th, 2020 he celebrated one year of sobriety.

I grew up in a small town outside of Hartford, Connecticut. My parents raised me, my brother, and sister together until they separated in 1995 when I was 11 years old. From what I can remember, I had a fairly happy childhood. There was no abuse going on in my home, my parents were both sober and in recovery for alcohol and prescription drugs. Things seemed to be normal until they sat us children down and told us they would be separating. Their separation lasted around five years. Within that time frame, I moved homes about 10 times; in the same town, to and from my father’s house. It was also during this time that I started experimenting with drugs and alcohol. I started smoking marijuana, which eventually led to trying other harder drugs, such as ecstasy and cocaine. My drinking always seemed to bother me because my father was a recovering alcoholic and I did not want to go down the same path. I eventually stopped using all drugs and alcohol on my own, so I could get my life together and join the US Marine Corps.

My Life in the Marine Corps

On December 19, 2003 I enlisted into the delayed entry program of the United States Marine Corps. On February 9th the following year, I went to boot camp. After boot camp, I completed combat training, and parachute rigger school. Then, I was sent to my first duty station in Okinawa, Japan. I had just turned 20 years old when I got there. Because we were in a foreign country, there was a curfew for all junior Marines. This left a lot of idle time, which led to boredom, and eventually to starting drinking underage in the military, which is illegal. Luckily, I never got caught drinking before finally turning 21. When I turned of age, it was on. I would drink as much as I could just about everyday for several months, until my lack of attendance at work started to raise some concerns, and my command mandated that I attend classes for alcohol abuse. I had been in the military less than a year at this point. I spent the next nine years of my life in the military deploying twice to Iraq and twice to Afghanistan. After these deployments, which lasted 7 months a piece, my drinking continued to go through cycles of good times and really bad times, though I never really felt like I couldn’t control my drinking. I was a Marine and there was nothing I couldn’t control. I was invincible and the roughest, toughest guy out there. I didn’t need AA or rehab, I just needed everyone to stay out of my business so I could handle my problems the way I knew best, which of course, was to drink. Nobody knew what was best for me except for me. In October of 2012, I was arrested for driving under the influence. I blew a .159 BAC. I got lucky and was never charged by the military, and due to my moving to Florida, the Honolulu Superior court decided not to prosecute, and dropped all charges in 2018.

Life After the Military

In 2013, I was honorably discharged from active duty. My mother and stepfather bought a house in Florida, so I decided to move there with them and start my new life as a civilian. I met my wife in 2014, and in 2015 we moved to California, where we currently reside with our two children. In my early days in California, my drinking started to increase because I was working as a DJ at some of the local bars. As I drank more, I started snorting cocaine to be able to keep drinking. For about a year, I was spending around $1,700 a month on cocaine. All the money I earned from DJing went to drugs and more drugs. I had other sources of income, so nobody really knew how much I was spending, except for me and my dealer. In December of 2017, after being out of the military for four years, I was finally diagnosed with PTSD, anxiety disorder, depression disorder and substance abuse disorder.

My last night using drugs and alcohol was May 16th,  2019. I blacked out from drinking and taking Xanax, and drove myself to a bar where I was ultimately carried out of an hour after arriving. I remember waking up soaked in my own urine at about 4 am and immediately started making phone calls to find more cocaine. I left to go get it and did not return home until about 5pm later that day, despite my wifes and friends’ efforts to get me to come home. When I arrived at my house, my wife said that she was going to be moving back to Florida if I did not stop drinking, so I agreed to go to rehab. I just wanted to die at that time and end all the pain, but I got online and started googling rehab facilities near me. Quest 2 Recovery was the closest place to where I lived, so I figured I would call them first. I spoke to Armen Melikyan, the co-founder of Quest, and he gave me some information on the program, and also asked a few questions. He then told me someone would be in contact within the next 15 minutes. Sure enough, the Clinical Director and Therapist for Quest, Amber Carra, called me and talked to me for a while discussing treatment options and whether or not I was serious about getting sober; I was. I arrived at the facility at about 9 pm that same night. The facility was nothing like what I had pictured in my head. I was expecting a big white hospital, with white padded rooms, and security guards in white scrubs, walking around with billy clubs like I’d seen in some movies. I had never been to rehab, so I was shocked when I pulled up to a normal house. The facility was beautiful, the staff were friendly and very supportive. Quest is dedicated to their military and first-responder clients, and they made that very clear at the start. I was treated well upon arrival and made to feel like I mattered to someone.

What Quest Did for Me

During my time at Quest, I was able to focus on myself and getting healthy again. There were no outside distractions that kept me from getting better. The staff and fellow clients at Quest helped  show me that I can have a good life without alcohol or drugs. Through therapy, I was able to address some of the issues that I had been dealing with for a long time. I was able to really take the time to find out who I am, and what I want out of life. I could not have quit drinking and using drugs on my own. I needed a place to feel safe and comfortable in order to get better, and Quest was the miracle that saved me. Some of the important things I gained from my time at Quest are finding my higher power, feeling the sense of relief when I figured out that I am not alone, and that there were many people just like me going through the same things that I struggle with. I also learned that a positive outlook, even in bad situations, can really make all the difference. Having a clear head to make decisions has changed my life entirely for the better.

A Message to Veterans

The hardest thing I had to do in my recovery was make that first phone call to Quest 2 Recovery, and decide that it was time to end the insanity that I called my life. Recovery is not something that you just get, it requires as much effort as getting through boot camp, if not more. But there is peace, serenity, and happiness that can be attained if you are willing to put in the effort. I did not believe it until I began to experience it for myself. Alcoholics Anonymous and Narcotics Anonymous were truly a cornerstone of my recovery after Quest. I know how difficult it can be to reach out for help, but asking for help essentially saved my life and my marriage. If you are a veteran or a first responder, Quest is the place to go to get better. It was nothing like I imagined, in fact it was the complete opposite. My 30 day stay at Quest was honestly some of the most beautiful days of my life, and it has only gotten better since then. Getting the help you need can mean the difference in life and death. I did not want to live, I didn’t think there was anything worth living for, but I am typing this letter to you now being sober for over one year. It has not been the easiest thing I have ever done, but it has been worth every effort that I put in. If I can make one recommendation to anyone out there struggling with addiction and PTSD, it is to never give up. There is a path to happiness, you just have to walk down that path. Take advantage of all the resources that Quest has to offer and be open minded. If you can make the choice to get clean and sober, Quest will do everything they can to get you there and help keep you sober. All you have to do is pick up that phone and call. 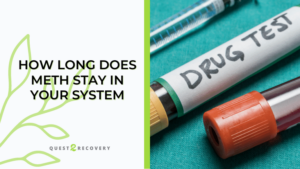 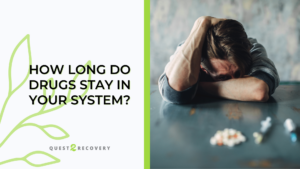